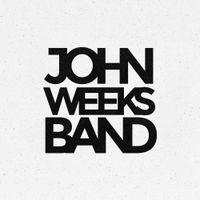 The band’s selftitled debut CD offers seven tracks that mixes the blues sounds of Chicago and the Delta, with a bit of funk and even Latin influences.  While a bit brief on running time, it’s time well spent as the band works though the laidback rocker “All Night,” moves to the ominous acoustic Delta styled “Devil In My House,” rips through a jump blues instrumental (“Why Don’t We Sleep On It?”), and tackles an aching slow blues (“How Can You Love Me?”) with some exquisite keyboard work from Csapo.

“I Want To Get Back Home” has a funky vibe with some nice guitar work from Weeks and harp from Csapo. “You Never Say What you Mean” is a midtempo ballad with a Latin flair, and the closer, “Moving On,” is a nice choice with its down and dirty funk backdrop and stellar keyboard work from Csapo.

The only caveat is, as mentioned above, the short (31 minutes) running time. The songs, all originals written by Weeks, Csapo, and Hawkins, are good enough to make you think that the band still has plenty to say. Hopefully, their next release will build upon what we hear on this fine debut.
Graham Clarke
12/22/2014 Blues Underground Network

John Weeks Band "Self Titled" (USA) Blues, but not typical! Press quotes"
Diversity of blues styles..deep devotion to the blues for a great album"; "First album, a keeper to be sure!". "Straight ahead, driving blues great job, guys, keep up the good work!!!  Based on classic blues lines, these songs take it in a different direction. This is their first CD and takes is one listen to realize that this is not your classic blues album. You've got Delta, you've got Chicago, you've got you've got funk and even a flavor of modern dance groove!
John was born in France and got a lot of his musical chops playing the bars and clubs of Paris in the 1990's. Andras (AC) Hungary and developed a taste for the blues at a very early age. John's guitar work and AC's keyboard and harp playing a groove that is 2nd to none (witness the simple yet extraordinarily effective bass line written by Curtis Hawkins on "Moving On"
That's the flavor and trademark of the band and they do it very well indeed!